It is easy to be charmed by the South and specially so if you’ve grown up reading Gone with the Wind and view Scarlett O’Hara as your alter ego.  Throw in a bit of intrigue and scandal à la Midnight in the Garden of Good and Evil, and the mix is pretty potent! Savannah and Charleston had been on my list for a few months and a perfect opportunity presented itself in May, when PG showed me a few “cheap” Living Social deals in and around Savannah and Charleston. I was freshly unemployed (I still am!), having graduated recently, and yet wasn’t broke enough to be unable to afford a vacay. The weather was great or as great as it can be in late May – in the late 80s most days, and we were on the road.

Savannah was our first stop and our hotel was right in the historic center so we walked everywhere – to the Forsyth Park, the Mercer-Williams House made famous by John Berendt’s Midnight in the Garden of Good and Evil, and the riverfront. Having just heard the audio version of the book on our way, a lot of things made more sense. Like why “antiquing,” – a legacy of Jim Williams, the Savannah Art Dealer on whom much of the book is based – is serious business in Savannah. How Jim Williams played an active role in restoring Savannah’s historic district by buying, restoring and selling houses all over downtown Savannah. In fact, his fortunes improved in direct proportion to the renaissance of the historic district. That Savannah wants to keep itself isolated.

“The whole of Savannah is an oasis. We are isolated. Gloriously isolated! We’re a little enclave on the coast – off by ourselves, surrounded by nothing but marshes and piney woods. We’re not easy to get to at all, as you may have noticed. If you fly here, you usually have to change planes at least once…We’re a terribly inconvenient destination!“

Unfortunately for Savannahians, the book opened up the oasis to outsiders and tourism increased by 46 percent after the release of the book!

Even without Midnight in the Garden of Good and Evil, I doubt that Savannah could be kept isolated for long; you simply cannot hide a place as gorgeous.

I found Charleston, in the words of Lonely Planet, tooth-achingly romantic! The antebellum architecture, the Southern hospitality – Charlestonians stopping to ask if we needed any help, Southern food, the long walk along the seafront, all left me dazzled! 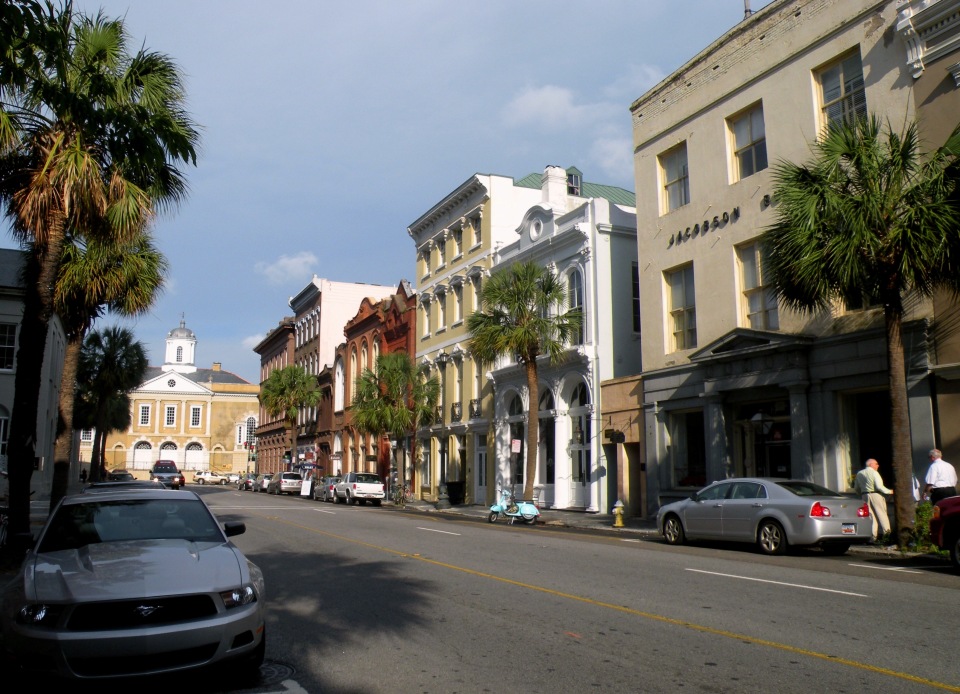 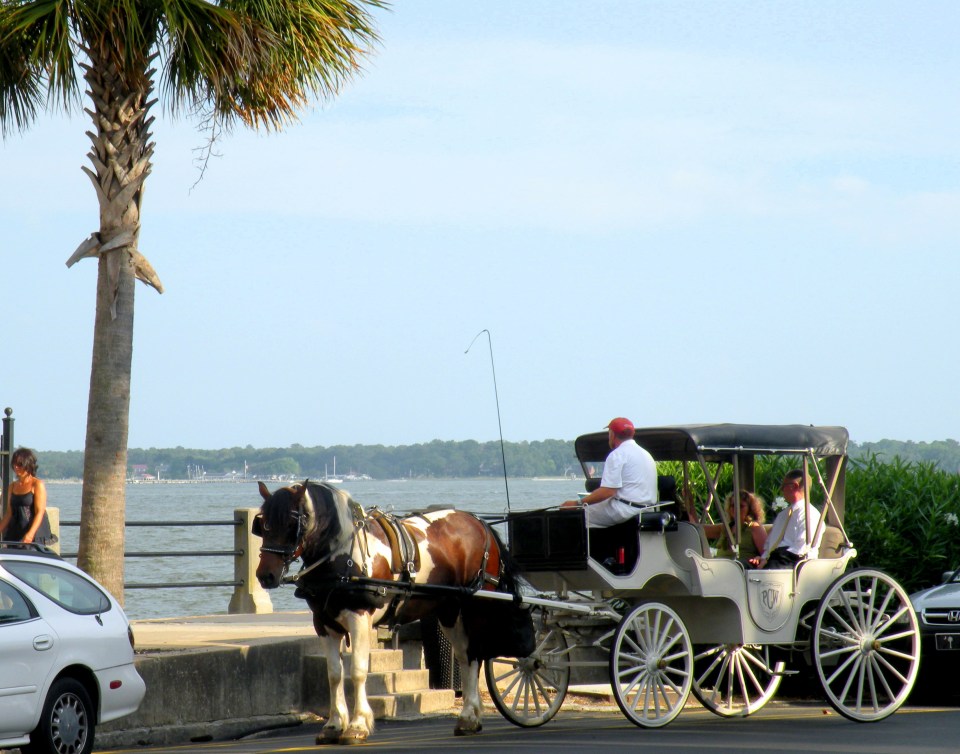 The city is very reminiscent of Europe, and Gian Carlo Menotti, a Pulitzer Prize-winning composer in his search for the most European of American cities, brought the Spoleto festival from Italy to Charleston in 1977.  Spoleto is a two-and-a-half-week performing arts festival with dancing, opera, theatre and music. Apparently, Savannah was offered the chance to host the Spoleto, but it spurned the offer and Spoleto came to Charleston. Picolo Spoleto is a cheaper and child-friendly version of the Spoleto festival, which runs at the same time. We were lucky to be in Charleston on the opening day of the festival and we lost no time in snapping up the tickets to “The Complete History of Charleston for Morons.” An amusing and rapid-fire take on the history of Charleston since 17th century by three comedians, it kicked off on an insult mode for the “morons” who were dumb enough to be attending a show which titled itself as “for Morons.”  The part on Black History was quickly brushed aside, probably an intentional reminder of Charleston’s uneasy relationship with Blacks and its slave history. After all, South Carolina was the first state to secede from the Union and Civil War started when the first shots were fired at Fort Sumpter in Charleston’s harbour.

Listening to an “expert” on Black History in the Drayton Hall Plantation was further proof of the state of denial that many Southerners live in. Apparently, the life of a slave wasn’t as bad as portrayed in movies and literature. They were given specific tasks each day and once they were done, they could do go for a swim or visit fellow slaves in the neighbouring plantation or anything else their heart desired. Easy Breezy, isn’t it?!

Now, I don’t mean to detract from the beauty of Charleston by bringing up its inability to deal with its rather unsavoury history. At the end of the day, Charleston and its culture is very much defined by its past, and there lies its charm. 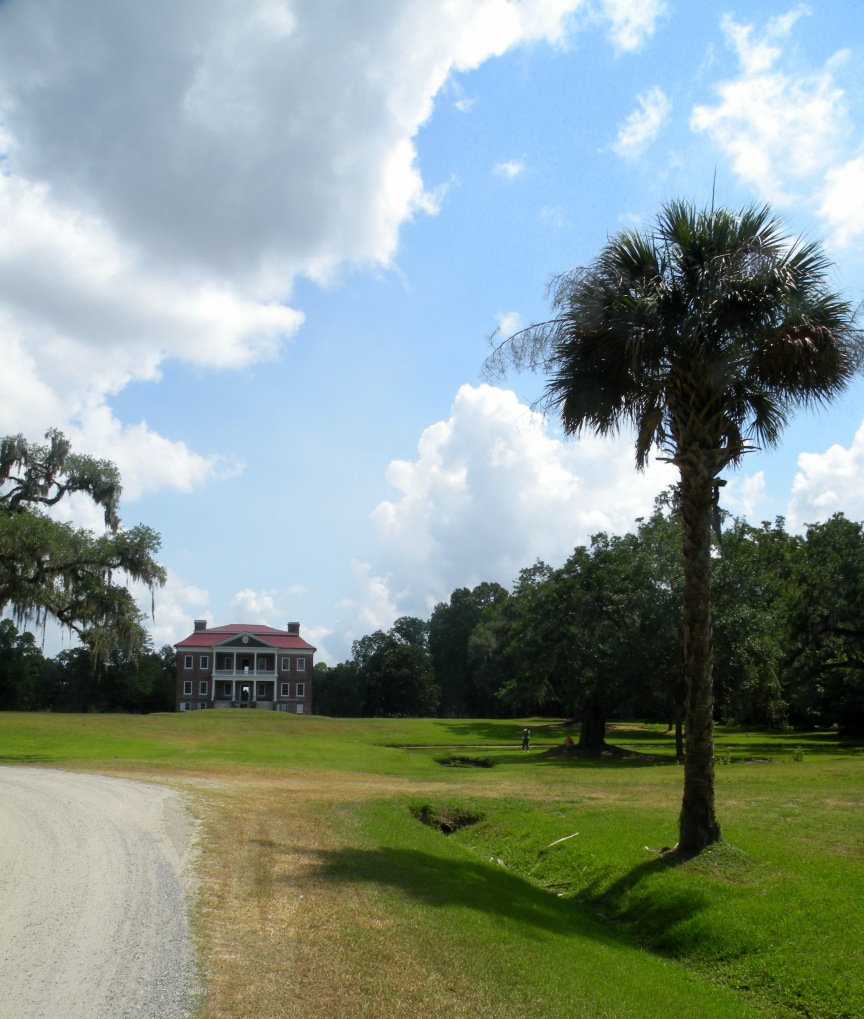 One thought on “The Southern Romance”