“Yesterday I dreamt I was in Manderley again.” Rebecca could well be voicing my own sentiments. I have dreamt that I am in my Manderly again, in Darjeeling, thousands of times, only to wake up wistfully in another place. The day I was to finally go to Darjeeling this winter, I had trouble keeping calm. GJMM, the party at the epicentre of the Gorkhaland statehood demands, was holding the district to ransom by calling strikes at the drop of a hat. To put it in perspective, strikes in this part of the country mean that life comes to a standstill: Nothing moves and nothing works! Understandably, I was nervous.

I was in Darjeeling for a day and I had ambitious plans: a ride in the toy train, visiting the zoo, visiting my school, walking on the mall road, going to Tiger Hill to see the season’s first snow, savouring  aloo dum at the tuck shop above my school, eating momos at the tourist lodge in Kurseong….phew!

The Kurseong Tourist Lodge has always been the designated stop for everyone I know who’s travelling on the Darjeeling-Siliguri circuit. The yearning to sip on the freshly-brewed pot of Darjeeling tea while gazing at the heart-stopping view of the mountains, has made me go back every time and hunger for more. What’s more, I can safely say that the lodge serves one of the best chicken momos I’ve eaten anywhere! So I was disappointed when we reached a tad too early in the morning and the momos weren’t cooked yet. The Darjeeling tea was brewed to perfection though, and for some inexplicable reason I became a tea convert that day. Sounds too dramatic, I know!

The perpetual mist that Darjeeling is shrouded in only added to its mysterious appeal that day. Ironically, I recall hating the fog so much when I lived in Darjeeling that I’d imagine the sun to be crying, (and hence the fog and rain) when we returned on a Sunday from our weekend trip to the foothills.

As I drew up a mental list of the places I had to go to, the zoo was the first place I decided to put a check mark against. Having walked along the length and breadth of the zoo a gazillion times, I knew the place like the back of my hand. Yes it did feel familiar, but without the jaded sameness of some other places. The tiger ambled about not caring for my presence, while the red panda looked at me with a royal disdain before disappearing into the trees. The wolves, always the fiercest of the lot, seemed to look hungrily at me, as if waiting for me to take one false step. I could probably go on about each animal but that will be another blog entry. The two cuties in the following picture were a recent addition. They may have been been my favourite in this trip.

Darjeeling for me has been synonymous with my school. The 160-plus year old building never fails to awe me when I think of the stories that seem to be woven in each brick. I remember girls recounting tales of spirits of nuns and world-war soldiers drifting along the hallowed corridors, and in the garden during the evenings. The things we believed when we were children!

Going back didn’t seem like such a good idea when I saw the unkempt state of the garden and the ugly blue color the lower wall of the school was painted in. The garishly painted “Immaculate Conception Cathedral” on the stone bricks of the church looked like a grotesque practical joke. The aloo dum at the top shop above our school was just like in the old days though, and that made Juni and I forget everything else.

I also forgot that I was in Darjeeling for only a day until the driver called to give a polite reminder. As I hurried along the mall road, it was heartening to see the bustle and the loud bargaining. Just a week ago, things were so bad that ma and Juni thought that it was the end of tourism in Darjeeling. Glenary’s, where I had my first Irish coffee and a lot of other ‘firsts’, was packed with people trying to get last minute goodies for the New Year’s eve. Yet an old favourite, Das Studio, looked forlorn. It wasn’t business as usual with the flow of tourists slowing to a trickle on account of the impending bandhs.

It was 4 in the evening and I still had to take that ride in the Toy Train, see the snow in Tiger Hill and return to Siliguri. Having lived in Darjeeling for eight years, it was a royal shame to never have taken a ride in the Toy Train. It looked like I would not be able to enjoy this piece of Unesco Heritage this time as well, because the services were shut..again because of the increasing political disturbance.

It was becoming progressively colder and foggier towards the evening. Yet, Juni and I decided to go to Tiger Hill, more so because she had never been to Tiger Hill! The snow had started to melt by the time we reached and we saw only dirty patches of it. It nevertheless made for a good end to our brief trip to the “Queen of Hills”.

Much had changed and things looked bleak, but there was hope yet for Darjeeling! 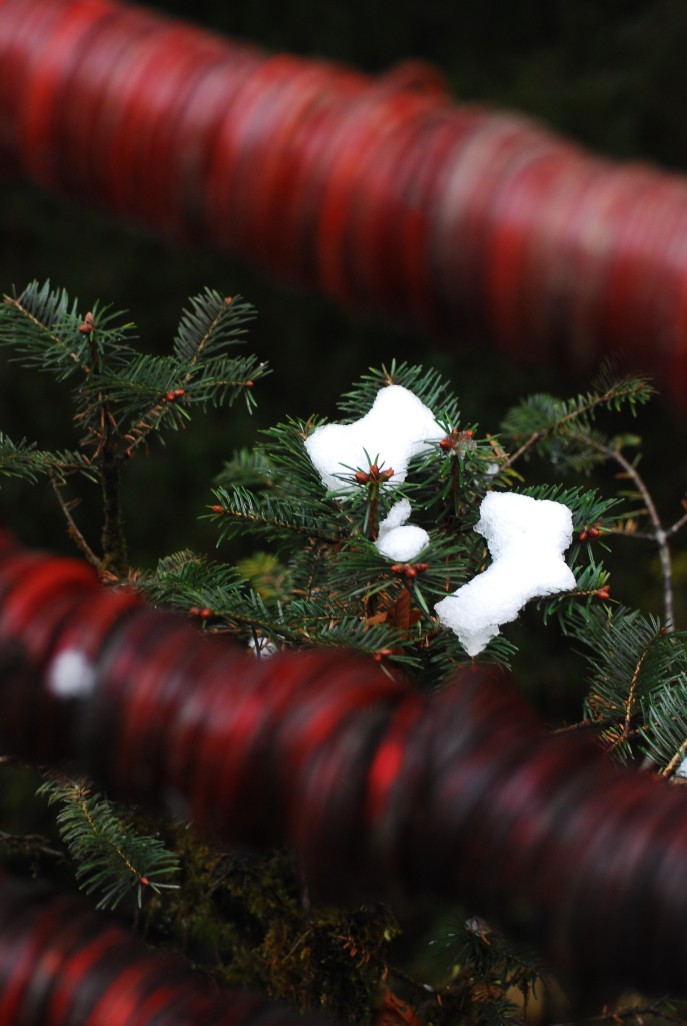 ← Margaret’s Hope
With a Cigarette in My Hand…. →

7 thoughts on “Yesterday Once More”