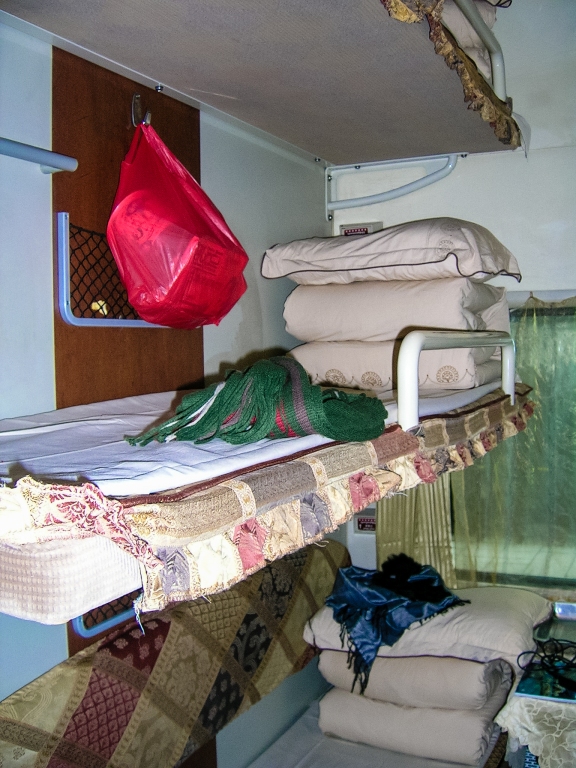 I was sitting in the Qinghai-Tibet train finally and I must say that the hard sleeper, equivalent of the 3 tier in India was more luxurious. Carpeted floor, clean curtains, upholstered seats, hot water for instant noodles, dustbins in every cabin are things you do not find very easily on Indian trains. The countryside in China was almost the same as India except that you saw more mountains and the roads were so much more wide. Panu told me a weird story about how most roads have been constructed to enable emergency landing of planes. Not sure how far that’s true but since it’s China, I guess I should believe it.

As time wore on, I realized I had been too hasty in forming an opinion about the “luxurious cabin”. First there was this incessant spitting to contend with. Sticky globs of phlegm in the washbasin, the space beside the washbasin, in the loo, in the corridor on the floor, below your chair, below the table..any place where you weren’t sitting was okay. I thanked God we were in the hard sleeper compartment (different from the hard seat) though the restrooms left a lot to be desired. Okay so they were not flushed. That’s expected! But to have other people’s business slopping over the sides was something else! Even the washbasins were clogged as people had dumped the leftover food there and dustbins were overflowing. In short, going to the washroom area had become a nightmare. Most people carry their own food in the trains (especially instant noodles) as the pantry food is really expensive. A plate of lunch/dinner costs 20 Rmb and 3 Rmb for a 600 ml bottle of water when a 1.5 L bottle would cost the same outside! Not everything is cheap in China I guess, at least not for an Indian backpacker 🙂

Panu seemed to have made friends with one of the Chinese, Lien Cheng, and they were yapping away for hours. Its so strange and wonderful that even though I did not understand words, I understood what they spoke about through the gestures, expressions and context. Lien Cheng gave us some really interesting insight like Guangdong having one Nokia factory every few kilometres. That may well be an exaggeration but it still explains the cheap mobile phones in China. 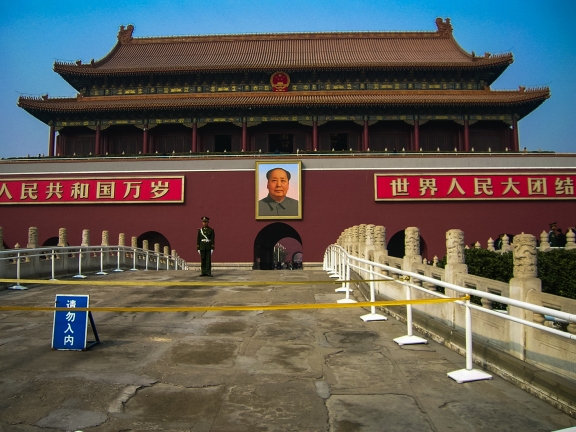 The first day in the train was uneventful It was good to have so much time on hand with nothing to do. The past three days in Beijing were hectic and we were constantly hurrying to catch up the various places. The first day we saw the famous Tiananmen Square. It was crowded with the hordes of Chinese tourists. The place looks much better at night with the lights. Reminded me a lot of India Gate.

The first day was also my first day of exploring Beijing by its various modes of transport. We didn’t get a chance to ride in one of these ‘scooter rickshaws’ though.

The 9 Dragons Inn was located near a subway Zhangzhizhonglu (pronounced chang-chi-chong–lu). Public transport in China is really convenient (provided you know Mandarin) unlike as in India. If one plans to travel cheap in China, knowing Mandarin is a pre-requisite. Almost no one understands English and even with Panu’s smattering of the language, we were struggling to make ourselves understood.

Coming back to the train journey, the landscape outside had changed on the second day. Snow dusted mountains stared back at us for miles. There were vast plains with no vegetation and brown mountains in the backdrop. Rivers had frozen and the iced water looked like marble layers. We crossed the Qinghai lake which was frozen over at certain places.

As we got closer to Lhasa, we saw several yaks grazing.

I must have taken like a 100 pictures from inside the train. The ‘viewing platforms’ advertised in the train’s official website was an eyewash. The train didn’t really stop at any place though it sure was slow. 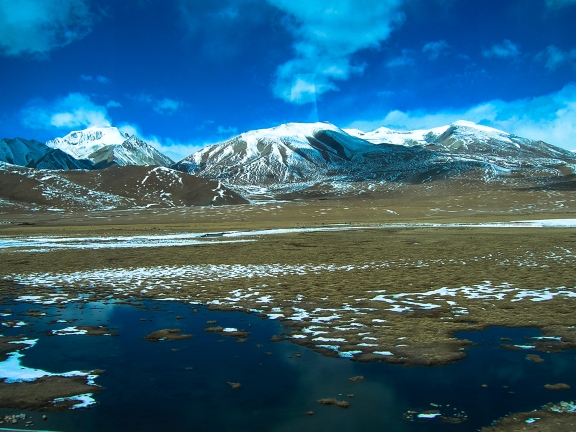 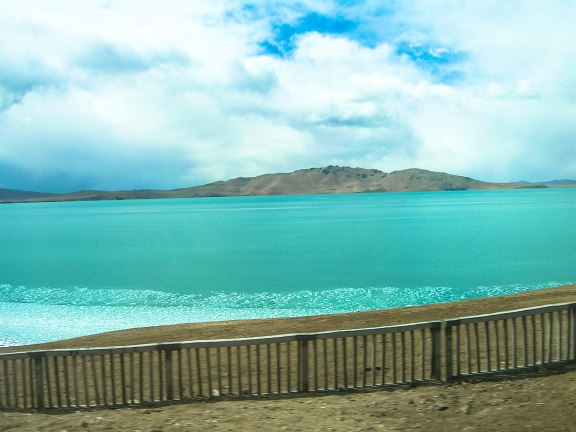